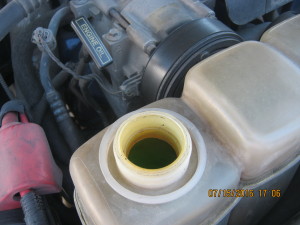 It sounds really strange coming from a repair shop but we want you to stop repairing your vehicles. We’re hoping to become part of a revolution that has already begun.

Never have cars been built as well as they are today and with a little TLC, they’re ready to keep going for you well into the hundreds of thousands of miles. So How do you get the most out of your vehicle?

Now I know what you’re thinking, “But I already DO change my oil.”

I’m sure you do, and that’s a really good thing. Oil is literally the life blood of your engine. It provides lubrication and helps clean the engine at the same time. But there’s a lot more to maintaining your vehicle than just the oil.

Coolant/anti-freeze: This a chemical that is comprised mostly of ethylene glycol that is mixed with water to lower the freezing point and raise the boiling point of the mixture to protect the engine from extremes of both heat and cold.

Anti-freeze also contains corrosion inhibitors that help to prevent rust and other forms of corrosion from forming with the radiator, the heater core and the engine itself.

But like most things in this world, eventually the corrosion inhibitors break down and can no longer protect your engine from rust.

If you’ve ever taken the cap off of the radiator and seen a brownish redish liquid instead of green, yellow or orange, that’s evidence of the inhibitors having gone the way of the world. The ethylene glycol is still present but it doesn’t take long for those mineral deposits to build up in your radiator and or the heater core and when that happens, the flow is slowed and your engine will start to overheat.

Most engines today are made of aluminum so they’re lighter, thereby getting better gas mileage and increased power without the added weight, however, aluminum doesn’t fair well against extreme heat and if your engine is overheating you run the risk of cracking or warping the head(s). It doesn’t matter what kind of vehicle you have, this is never an inexpensive repair.

But there is a simple way to avoid this issue all together, consistently have your anti-freeze changed, preferably every 2 years or so.

Next time we’ll cover some of the other fluids, like brake fluid and power steering fluid.