What Are All Those Lights On My Dash For Pt 2 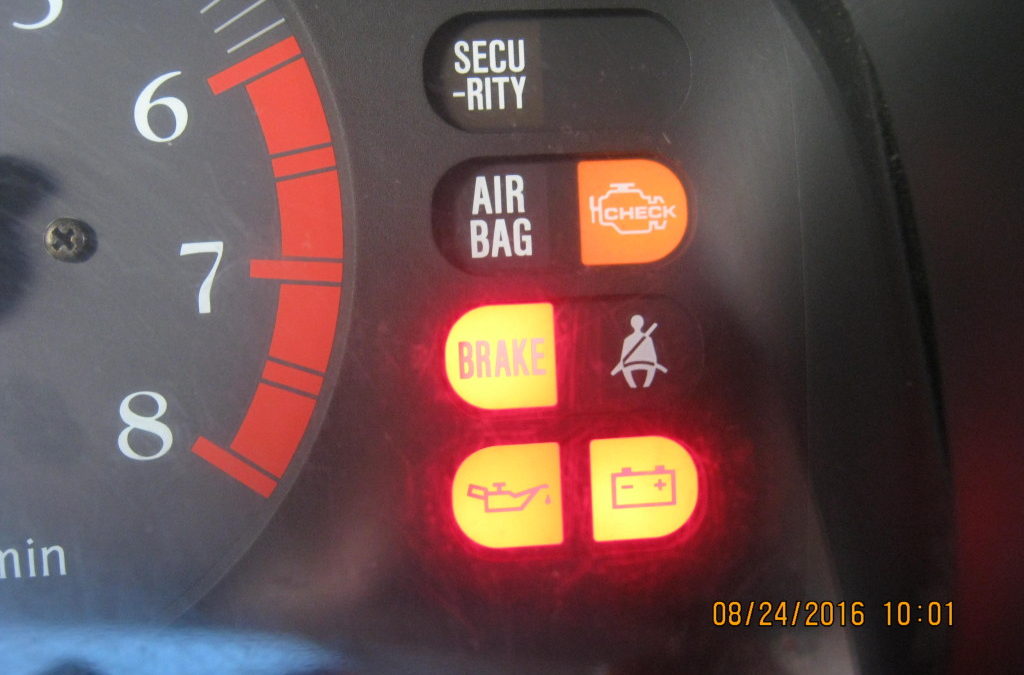 When left our hero last time, he was on the side of the road trying to decipher the meaning of the lights on his dash. With his trusty owners manual in his hands, he soon discovered that one of those lights which had thought was complimenting him on the work he’d done at the gym on his abs was actually telling him that there is a problem with the Anti-lock Braking System.

More often than not it usually means there is an issue with one of the sensors but just to be safe, this is an issue that you will want to get checked out as quickly as you are able. While the light is on, you ABS system is shut off and so your brakes will work like they did in the old days which means they can lock up, so be careful until you get it to the shop.

The computer in your vehicle will do a self diagnostic every time you turn your car on so you may see the ABS light come on and depending on the vehicle, it may also flash. As soon as the test is complete the light will go out, if it stays on it’s because the computer found a problem.

Now, if the ABS and the BRAKE light come on while you’re driving? You need to safely and quickly get to the side of the road. This indicates a serious issue with the braking system and continuing to operate your vehicle puts you and those around you at risk of an accident.

Anti-freeze, or coolant is the liquid that keeps your engine cool. If it wasn’t for the cooling qualities of antifreeze, your engine would get so hot that it would fuse the pistons to the cylinder walls and your engine would cease to run. Clearly coolant is as important to the well being of your engine as oil is. If your coolant light comes on,it typically means that you are low on coolant and you need to top it off. If it becomes a consistent problem it usually means one of two things, worse case scenario, there is a head gasket failure or much less worrisome, you have a coolant leak somewhere. Maybe the water pump is leaking or one of the hoses. No matter what it is, the only way to know to get it in and get it checked out.

The oil light is pretty self explanatory, if it’s on you’re low on oil. If you have a Dodge or a Chrysler vehicle, they like to use aluminum bearings in their engines. It does cut down on weight and helps with improved gas mileage and power but if you let the oil get low or you don’t change the oil as often as it needs, the bearings will eat themselves and you’ll be looking for either a new engine or a whole new vehicle.

The bottom line is that those lights can communicate some very important  information about the state for your vehicle and its ability to operate properly. Ignore those lights at your own peril, but If you do have any one of those lights come on, give us a call at 208-989-7871

And don’t forget to check out our website at www.all-autorepair.com.